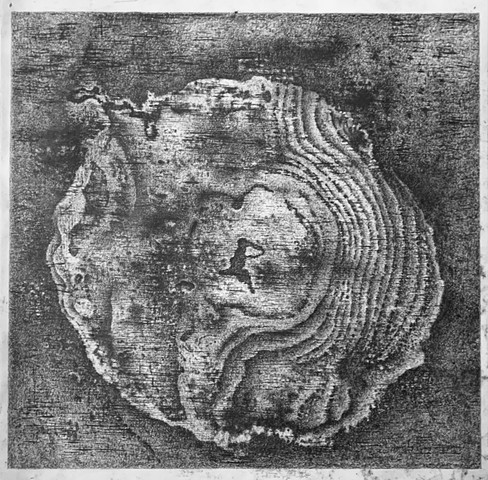 Michael x. Ryan is a Chicago based visual artist who creates drawings, mappings and wood relief’s that focus on patterns made or discovered while traveling places lived and visited. Ryan attempts to record the fleeting residue of the human presence by realizing the interconnectedness of bodies and places while magnifying the minutia of a life lived.

Born and raised in Syracuse, New York, he watched the hilly wooded area behind his house disappear into a flat barren empty lot which sat dormant for a number of years until rows of homes were built on winding roads of suburban comfort. Observing this change in landscape, from rural to sub/urban, helped form his interest in exploring the human mark within a landscape where layers of history are walked upon on a daily basis.

Michael x. Ryan’s work has been exhibited widely in the United States. His work has been acquired by a number of collections, such as The Art Institute of Chicago, the MacArthur Foundation in Chicago, IL, Elmhurst Art Museum, American Medical Association, JP Morgan Chase and the Everson Museum in Syracuse, NY.